In a world filled with counterfeits, Africa is no exception.[1] The African continent’s large and growing population as well as the increasing buying power of the middle class give rise to opportunities for counterfeiters. While most of the commerce is still taking place offline, there are also several significant online marketplaces. In this article, we explore the existing notice and takedown mechanisms to tackle IP infringements on major African online marketplaces.

Given the immense size and diversity of the continent, any examination of African e-commerce platforms requires a limitation in scope. To that end, it is pertinent to focus on the countries and regions with the most economic activity and the highest levels of Internet usership. The 5 biggest economies in Africa are Nigeria, the largest both by nominal and digital GDP[2], followed by South Africa, Egypt, Algeria and Kenya.[3] In these countries, 12 online marketplaces dominate e-commerce. In the table below, we have gathered the biggest actors, their markets, operation model, infringement reporting mechanisms and Alexa rank.

The complete absence of any reporting mechanism in half of the investigated platforms demonstrates that IP enforcement presents a real challenge and it also comes as a surprise as most of the platforms are backed or even founded by experienced internet giants from the northern hemisphere such as Rocket Internet (invested in Jumia), OLX (founded in Russia) or Amazon (acquired Souq). Those companies have been well-exposed to the issue of counterfeits on their own platforms, yet it appears that the topic did not make it on the high priority list of their ventures on the African continent.

Whatever the cause may be for this negligence, it is probably not the lack of supporting regulations. All of the countries concerned by our investigation are members of WTO and, notably, parties to the TRIPS Agreement as well as the Paris Convention for the Protection of Industrial Property. Kenya for example, has passed an act against counterfeiting in 2008, declared the act in question to be part of the constitution in 2010 and established the Anti-Counterfeit Agency for Kenya[4]. Still, as in all other parts of the world, policing of IP rights continues to lie chiefly in the hands of the rightsholder.

To verify whether counterfeits can actually be found, we tested the assumption by searching for an exclusive Brand Nameglobally known in the world of fashion. On Jumia, our search revealed the item “Fashion White brand name Sling Bag”, advertised with a price of 6,200 Nigerian naira, which corresponds to approximately €28. On the second platform, Kilimall, a variety of counterfeit Brand Name watches were identified. The price of the watches ranges from 1,176-1,411 Kenyan shillings, equivalent to €10-12. Both of these cases display characteristics corresponding to counterfeit products: while we were not able to make a positive determination as to the authenticity of the products, the price and the overall information available is clearly suggestive of them being counterfeit products.

The presence of counterfeit products clearly shows the need for an enforcement mechanism to allow for the swift removal of infringing content from the platforms. However, only a handful of the leading African platforms provide mechanisms for enforcing intellectual property rights and these might even prove to be impractical. For example, Jumia Nigeria claims to have an enforcement mechanism available to rightsholders. However, the platform only accepts complaints made by regular mail. This is a major inconvenience given the distances involved for most brand owners. As the courier services from one country to another can take days, occasionally even weeks, to arrive at the destination, the harm to the rightsholder has already occurred. The second platform investigated, Kilimall, does not provide a complaint mechanism at all, which makes the position of intellectual property owners challenging at the very least.

While even the largest players in African e-commerce are still relatively small [5] the ongoing digitization of trade warrants right holder organizations’ effort already today, so that the online marketplaces of tomorrow will have appropriate IP protection mechanisms and to prevent the picture of offline trade, where up to 85% of consumer goods are counterfeit [6], from being replicated in the growing e-commerce sphere.

At Thomsen Trampedach we offer the full spectrum of trademark enforcement measures across online marketplaces in Africa and worldwide, and take down infringing content across Websites, Social Media, Domain Names and much more.  We are your One Stop Online Brand Protection provider. 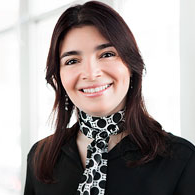