Google PLAs and Trademark Protection in the EU – An Impending Conflict? 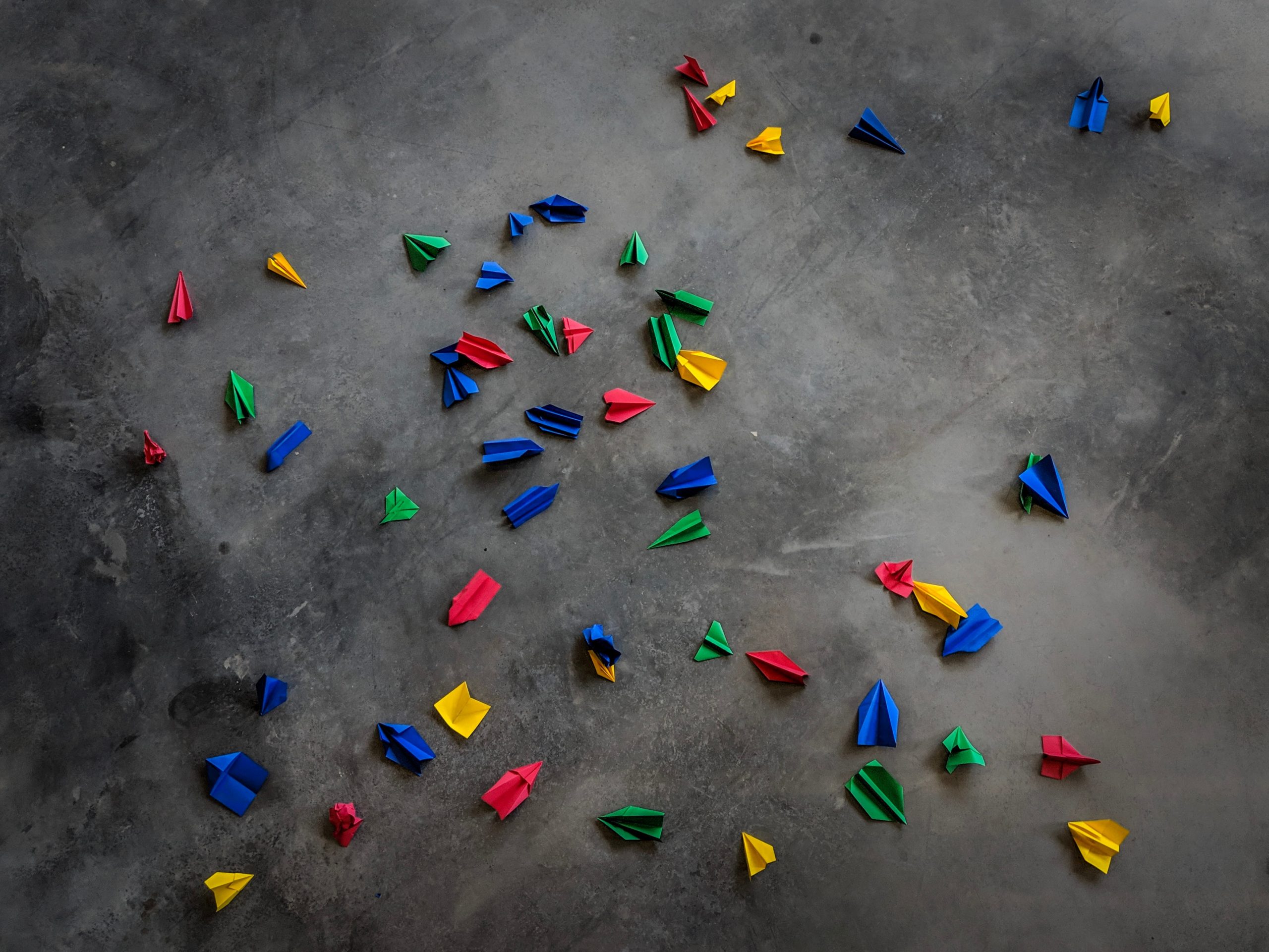 With browsing on smartphones increasingly becoming the dominant mode of accessing online search engines, the premium screen space gained through the use of keyword advertising is more important than ever. While the fundamentals of trademark infringement in relation to traditional keyword advertising in the EU have largely been settled, more complex and increasingly common types advertising, such as comparison-shopping ads, have largely escaped the attention of the courts. This article explores the significance of the recent decisions of the German Federal Court in Ortlieb I and Ortlieb II for Google’s PLA advertising.

Search engine keyword advertising practices have in recent years evolved into something scarcely imaginable only a few years ago. Previously, visitors to Google Search were confronted with AdWord ads clearly distinguishable from organic search results thanks to clear labelling and shading. Now, AdWords have become less easily perceptible, and have been joined by Product Listing Ads (PLAs) from comparison shopping services, which consume a large section of result page real-estate, especially on mobile devices. An example of PLAs shown for the search term “Sneakers” is seen below. 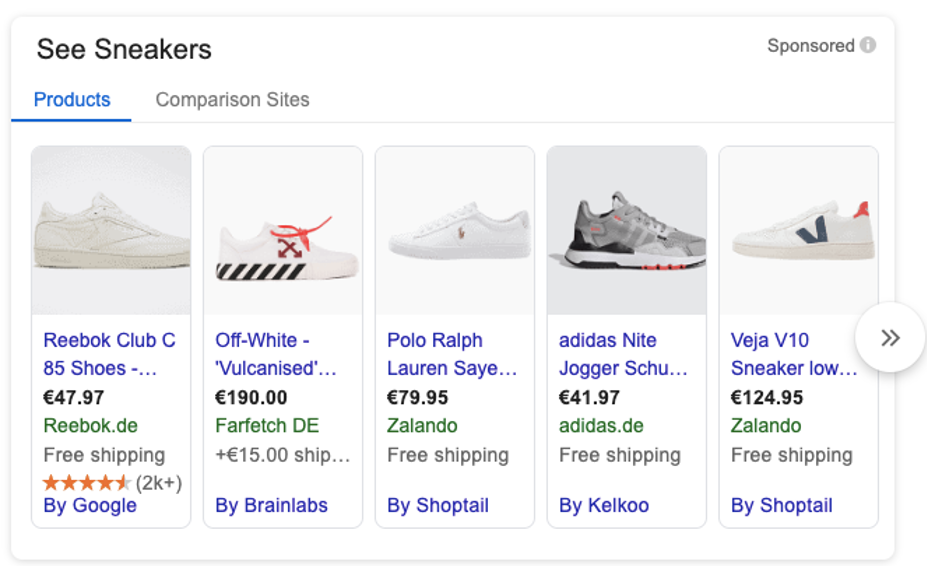 While AdWords are ads placed for a certain search term by an advertiser, PLAs are displayed for a selection searches for which they are deemed “relevant” by an algorithm run by Google on the basis of prior user behaviour. These developments have given rise to some concern as to whether consumers really are able to differentiate between organic search results and advertising; a study from 2013 suggested that a large section of search engine users cannot.[1] This drew attention notably from the US Federal Trade Commission, which in the same year updated its guidance to major search engines, reminding them of the importance of clearly separating advertising from organic search results.[2]

While possible search engine user confusion is a matter of general concern from a consumer protection perspective, it is particularly worrying for the brand owners whose trademarks are used to trigger advertising. Edible Arrangements, a franchise business well-known in the United States for their decorative fruit arrangements, sued Google in 2018 for trademark infringement at the US District Court for Connecticut in connection with various ads displayed in response to searches for “Edible Arrangements”. These included, notably, PLAs for various third-party fruit arrangements very similar in appearance to those sold under the Edible Arrangements brand.

Edible argued that Google’s advertising practices gave rise to an actionable likelihood of confusion, claiming in excess of $200 million in damages. While a judgment on the merits of Edible’s claim would doubtless have made an important contribution to the development of US trademark law with regards to keyword advertising, this was not to be. Google managed to compel arbitration of Edible’s claims on the basis of the dispute resolution agreement in Google’s general advertising terms that Edible had accepted when they themselves became an advertiser on Google.[3] Given the broad scope of Google’s arbitration clause and the indispensability of advertising on Google for most brand owners, a ruling from the US Courts on PLAs therefore seems highly unlikely.

However, Google’s general advertising terms applicable in the EU do not contain mandatory arbitration clauses.[4] This gives rise to the question how claims similar to Edible Arrangements would have been treated by courts in the EU. On the basis of the recent decisions of the German Federal Court (Bundesgerichtshof) in Ortlieb I and Ortlieb II, the reminder of this article seeks to shed some light on how Google’s display of PLAs might be treated by the German courts.

The Ortlieb cases arose out of a dispute between Ortlieb Sportartikel GmbH, a mid-sized German company, and Amazon concerning search results on Amazon.de. Amazon, which prides itself in offering customers the widest possible selection of goods, employs a complex search algorithm that generates results based not only on text matches in product descriptions, but also prior customer behaviour. This means that when a customer searches for a given trademark on Amazon they are often presented both with products affiliated with the trademark and third-party products.

In Ortlieb I[5], the Federal Court clarified that these algorithmically generated product listings must be assessed under the same legal standard as AdWords. While the Munich Higher Regional Court had distinguished search results on e-commerce platforms from keyword advertising, the Court held that whether a given search result is infringing must be assessed in accordance with the Court’s two-part test derived from ECJ judgments on the subject of keyword advertising[6]:

This test is highly flexible and must be applied on a case by case basis, with the outcome naturally varying in function of the trademark impacted and the specific text and design of the advertising in question.

The Court also held that the commercial user of that trademark is the party that selects which listings are displayed. Consequently, where this choice is made by an algorithm operated and controlled by a platform, liability for infringement lies with that platform. Given that the search terms triggering Google’s PLAs would appear to be determined in a functionally similar way by a Google-operated algorithm, the reasoning of the Federal Court seems equally applicable to them as well.

Further, the second judgment of the Federal Court in the same dispute is relevant for the manner in which Google displays PLAs. In Ortlieb II[7], the Federal Court clarified that infringement is likely to occur where the consumer is primed into expecting that only products related to the trademark search term will be displayed. The case concerned AdWords taken out by Amazon.de inviting consumers to look for Ortlieb bags and other products on Amazon.

The Federal Court agreed with the Munich Higher Regional Court in finding that because the AdWords ad referred exclusively to Ortlieb, it gave rise to the expectation that by clicking on the ad the consumer would see only Ortlieb products (especially since the ad displayed a URL mentioning Ortlieb specifically). This expectation was subsequently betrayed when the consumer arrived at the search results for “Ortlieb” on Amazon.de containing both related and third-party products. The resulting confusion was seen as actionable in the eyes of the court. Notably, the outcome of this case differs from the Keine-vorwerk-vertretung[8] case decided in 2018, where the Federal Court permitted the use of the Vorwerk trademark in AdWords by an unaffiliated reseller who also sold third-party products under trademark exhaustion principles. This can be explained by the fact that while in Keine-vorwerk-vertretung the AdWord referred primarily to the reseller as a company, in Ortlieb II the AdWord referred to Ortlieb products specifically, leading to an expectation that only these would be displayed.

These judgments are problematic for Google’s PLAs……There is more to it. For the complete article, simply fill out the form below.

Get the full article.

Fill out the form for the full article, in which we argue why this is problematic for Google, illustrated with advertising affecting one of the biggest jewellery brands in the world.

Fill out the form for the full article 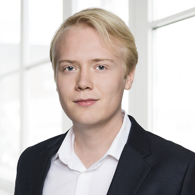